In this article, we’ll share some popular and not so obvious strategies for launching continuous streams on YouTube channels.

Streams are the most versatile tool for growing YouTube channels, but like any tool, streaming will only be effective when used correctly. In fact, streaming launch tactics are an acquired skill which comes only with practice and a clear understanding of the specifics of a particular channel.

Like with every tool, creators have to learn how to properly use streams to their max advantage. To make it easier to understand the mechanism and functionality of continuous streams, we dedicated this article to some systematic launch strategies, both widely used and not well known. This is not a complete solution for every channel though because each channel needs an individual approach. The list of strategies may be improved and replenished in the future.

What Affects the Success of Streams?

When launching continuous streams, it’s worth remembering that the results and records of even the same strategies on each channel will be inimitable and unique. This is because each channel is unique.

In addition to the channel characteristics, the following also have an impact: the time of day when the streams are launched, the prepared content playlist, the time after the release of the last video, and the duration of the material for the stream.

Depending on the channel characteristics, continuous streams can succeed from the first launch and immediately begin to make a profit. But in most cases, channel owners will have to test the streaming features for their channels and independently develop a formula for profitable streams.

To calculate the duration of a continuous stream, first of all, we recommend paying attention to the average viewer retention metric. We usually advise creators to choose one video topic for streaming with a total content duration of at least one hour. An hour-long video reduces the risk that the viewer will get to the same segments of the stream over several visits to your YouTube channel, in particular the stream.

Here’s an example. Let’s say the owner of a YouTube channel about architecture with an average viewer retention of 11 minutes decides to launch several continuous streams. For the first stream, the creator picked up a playlist with videos about modern Asian architecture, and for the second – videos about the influence of architecture on the human mind and thinking. The total duration of each broadcast is approximately 1.5 hours.

The author knows that the main activity on the channel falls during the mornings and at lunchtime. Presumably, the average viewer can visit the channel 1-2 times a day. By launching 2 different streams, the author can be sure that the viewer will have a variety of content. And even if a viewer goes to a stream about Asian buildings in the morning and watches it for 10 minutes, the chance that the same viewer will stumble upon the same material in the stream at lunchtime is quite unlikely.

“Three-day stream” is the most basic and simplest strategy for any YouTube channel, which we recommend our clients use first when connecting to Gyre.

The bottom line: launch the first stream and let it run for 3 days. We advise you to periodically look at how the stream works and what is happening in the chat. Do not forget about the moderation of comments and give your viewers feedback. In a live chat, active communication is just as important as stimulating viewer activity in regular videos. This tip applies to any stream.

Meaning: in the first three days after the start, the stream gains the largest number of views.

In addition, some of our clients make this strategy fundamental in developing the YouTube channel and restart streams every 3-5 days.

This is enough time to collect streaming data that you can work with. Analyze the viewer feedback, interest, activity, the number of subscriptions, the average retention time, etc. After that, you can start the stream again for 3 days, but with some variations, and analyze the results. It all depends on your imagination and willingness to test.

This strategy is especially well suited for “light and casual” content like music, entertainment, games, children’s, and gaming videos. For example, having created a stream called “relaxing music,” you can leave it running for months or even years.

Meaning: the stream accumulates the entire array of viewer activity (likes and comments). Such a stream will have different periods, peaks of popularity, and stages of subsidence of metrics, but the main goal will be achieved. Such a stream is more likely to get higher in the recommended among similar content. Due to popularization, the stream will gain more and more views and bring new active subscribers to the channel. New viewers raise the channel’s statistics by watching other videos or playlists on the channel after the stream.

Gyre functionality allows you to adjust the content in the stream playlist.

By stopping the stream, you can delete irrelevant videos or upload new content to the playlist of an existing stream. If you pause the stream for 2-3 minutes and restart it again, it will not be interrupted for the viewer. This is due to buffering and data updates.

This strategy is suitable for channels with initially serial content or videos with a long duration (for example, interviews, reviews, travel blogs, etc.).

The bottom line: to release a new video in the form of a continuous stream. After the end of the video, stop streaming and save it as a regular video on the channel.

Meaning: compared to a regular video, the stream gains views faster. Launching a continuous stream gives the content the opportunity to collect as many views as possible in the first hours after publication. By the time the stream is converted to a video, your story will have a certain number of views, which will help the video to be promoted and shown to more users.

Strategy 4: The Magic of Redirection

Few people know, but streaming traffic can be redirected to a regular video. To reveal the essence of the method, we offer an example.

Suppose, in accordance with your content strategy, on Wednesday, April 20, a new educational video about modern urbanism is scheduled to be published on your YouTube channel. You have been working on the material for a long time and want as many of your potential subscribers as possible to learn about the concept of global cities and their current political development.

Your task is to mobilize subscribers as much as possible, stir up their interest and prepare the audience for the release of new content.

Your Action: To stir up interest, on Monday, April 18, you announce your planned premiere on Wednesday. You know that your audience is most active in the evening and decide to premiere at 19:00 when most people get home or can enjoy your content on the way.

One task completed – you have prepared your audience. But how do you mobilize more viewers?

You already know that YouTube streams are a priority and gain views faster. And you remember that your channel has a video about the influence of medieval cities on the political map of the world. You then realize that the new topic is correlated with existing content, and decide to give the viewer a historical background.

Your next steps: on Monday, you start a continuous stream with a video about medieval cities and stop it on Wednesday at 19:00.

Meaning: the first three days, you remind the audience about urbanism and get new interested subscribers. And remember that in the first 3 days, streams are most effective. Thus, you have at least 2 audience groups prepared for the premiere:

From theory to practice!

You already know the basic strategies; now it’s time to test them on your YouTube channel. If you have any questions about the technical application of the instructions for starting streams, we will be happy to answer them!

If you’re looking for promotional methods that work, and want to increase your YouTube channel traffic, this is your chance to start the Trial period and finally achieve your goals! 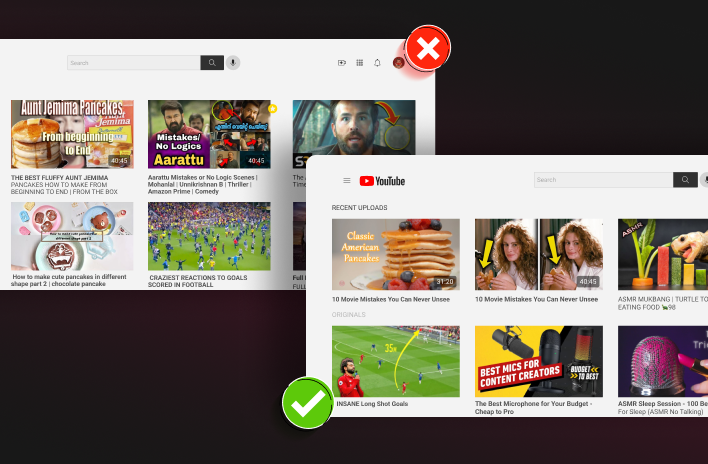 How Creators Voluntarily Give Up Views
240 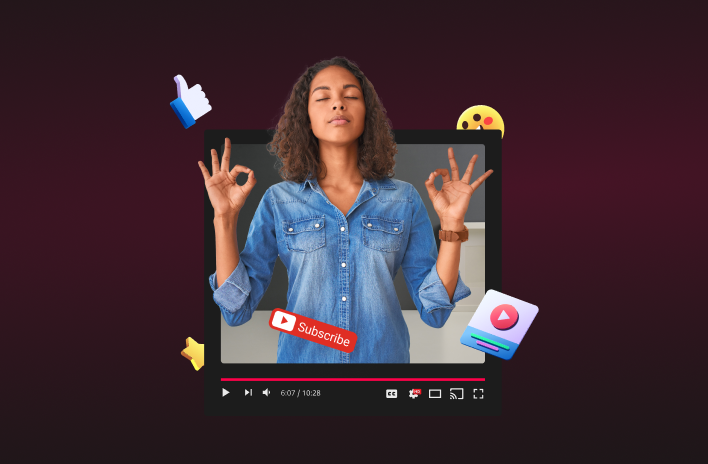 How to Breathe Life into Old Videos on Your Channel
543 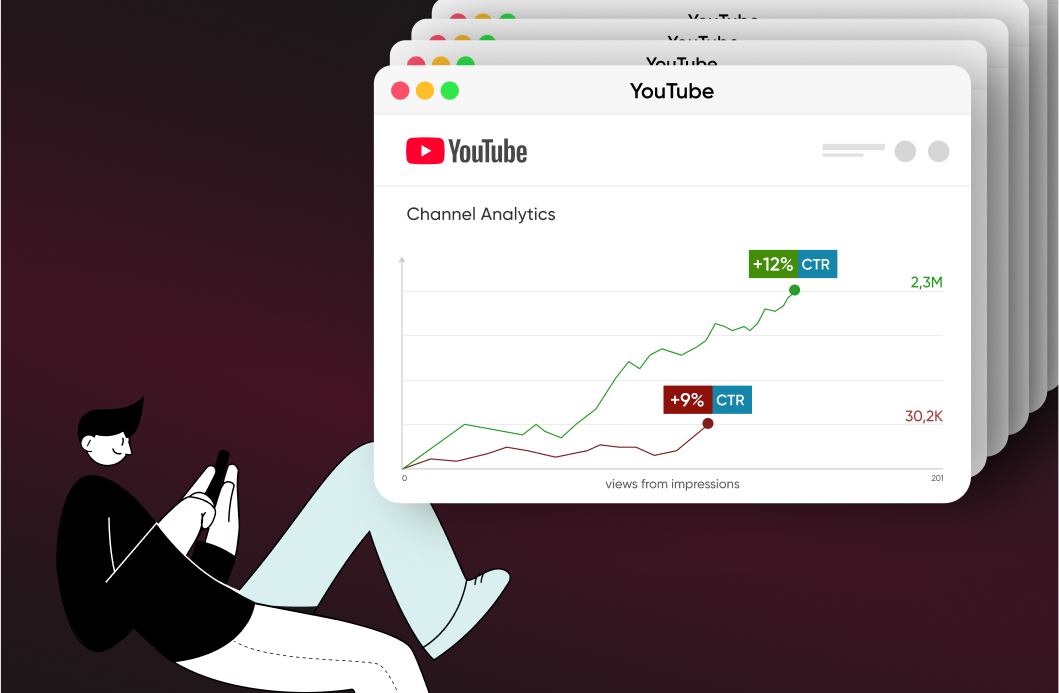 Video Icon and Description: Get a High CTR
300 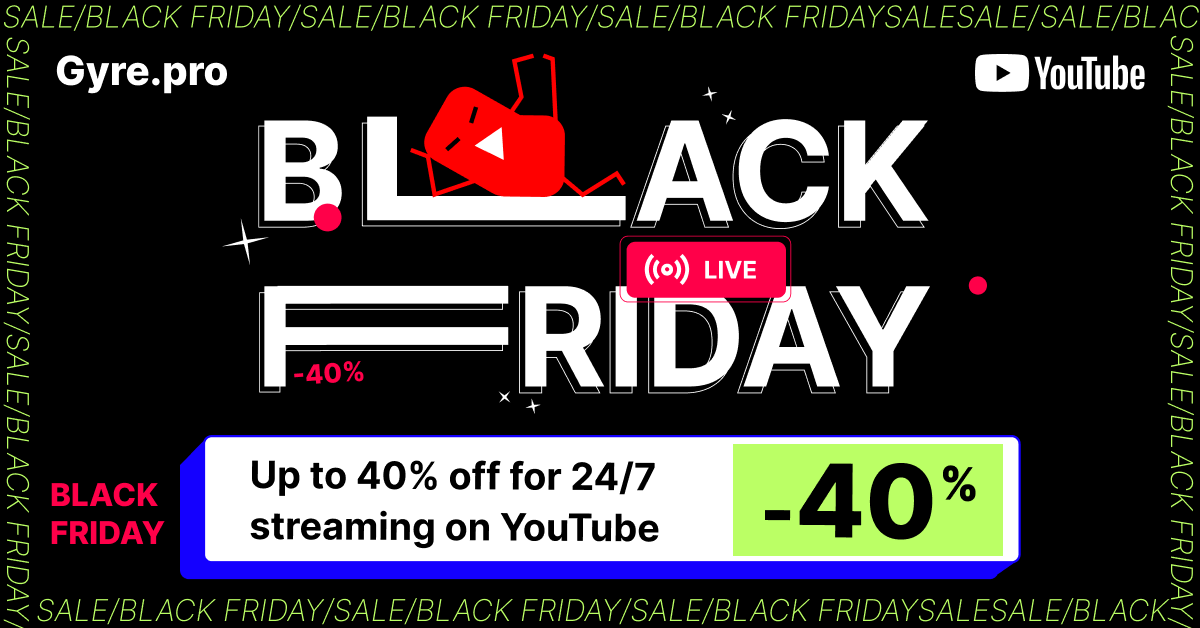 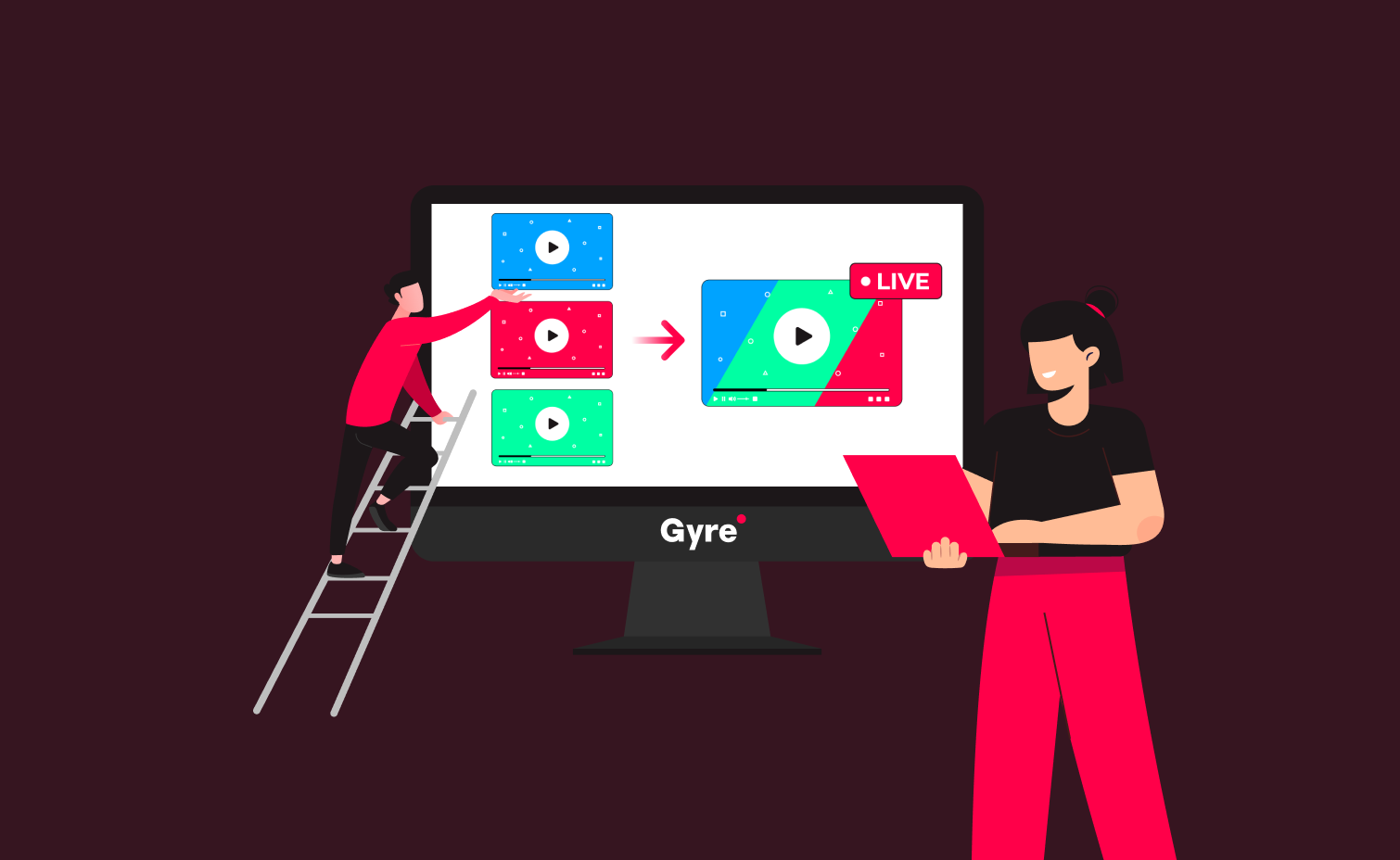 How to Create Gyre Playlist?
173 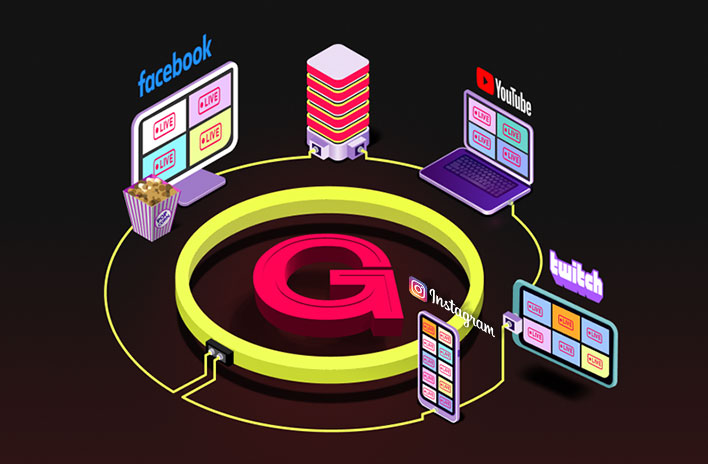 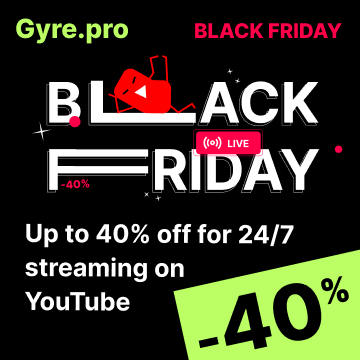